Golazo! is a throwback to an era where Pro Evolution Soccer and FIFA didn’t just define digital football/soccer games. It’s out for Switch, PS4, and Xbox One – checked out the Switch version.

Back in the early 21st century, football games were all over the place. The major players ended up being Kick Off and Sensible Soccer, but there was a host of arcade-inspired (and ported) games as well – plenty of them tied to a famous player of the day (like Gary Lineker, John Barnes, and ‘Gazza’). Later on in the nineties, the football lovers had franchises like Super Sidekicks and Sega’s Virtual Striker, but eventually, the world settled on PES and FIFA. 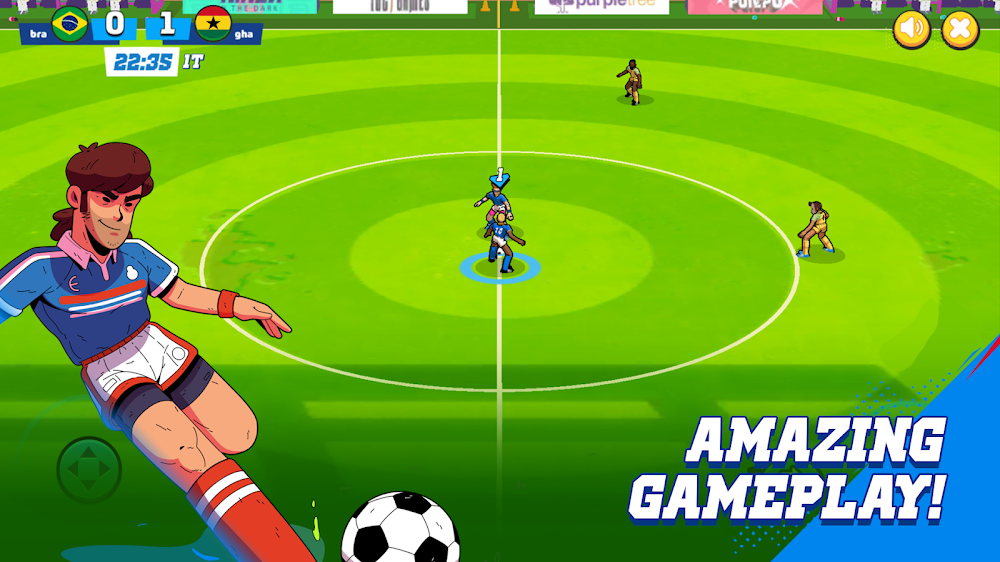 The game takes you back to a time before that happened and actually takes place in 1992. This can be seen in the gameplay style, but most notably in a few familiar faces from that era who have been turned into caricature versions of themselves so that they can appear as managers in the game. Two neat visual filters can be applied to give the game a more ’90s’ look, including an option to add scanlines and a ‘VHS’ filter that adds imperfections to the color and display that is an excellent visual throwback to a pre-DVD era.

Play through a world cup-type format 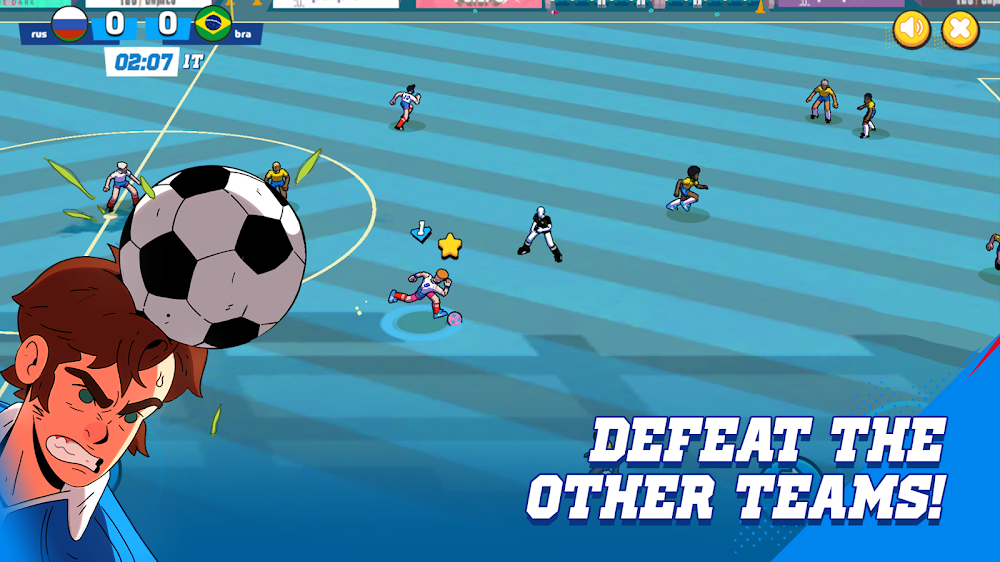 With only international teams, this fantastic game doesn’t have any club teams to play with. You can play through a world cup-type format or play through a league, but that league would be filled with international squads. Both of these modes are single-player affairs only, though, so if you want to play multiplayer games (arguable the game’s biggest draw), you’re tied to the quick game option. That’s where we spent most of our time with the game as well since it supports both cooperative and competitive play for up to four players.

As with nearly all the era games that inspired it, the gameplay is fast and easy to control. You can kick and pass, with a lob option also available. These turn into controlled or slightly wilder tackle options while on defense, but you rarely get called back for a bad tackle (unless it’s in the penalty box, it was found out the hard way). While the control scheme isn’t nearly as complex as FIFA’s, you do get two modifiers tied to the shoulder buttons – one for running and the other for the kinds of special moves that let you evade tackles by jumping up or spinning around your opponents. 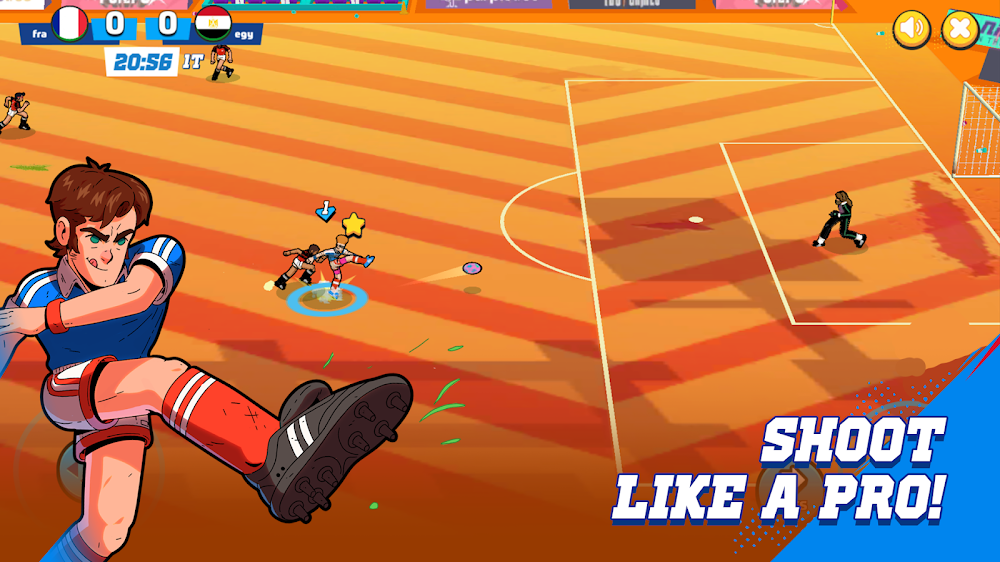 To tie in with the game’s less-than-realistic approach, your team also regularly gets awarded power-ups that give you more speed or super tackles – and the same happens to your opponents. These felt seemingly random, and if you don’t enjoy them, they can be turned off, but it does add some arcade spice to your games – especially when you’re playing in fairly balanced matchups.

When you win, you earn coins – and these can be spent in the in-game shop on cosmetic items. There’s a good range here, from outfits to balls right down to the types of goal celebrations your players perform – and there are also quite a few silly options to dress your team in. 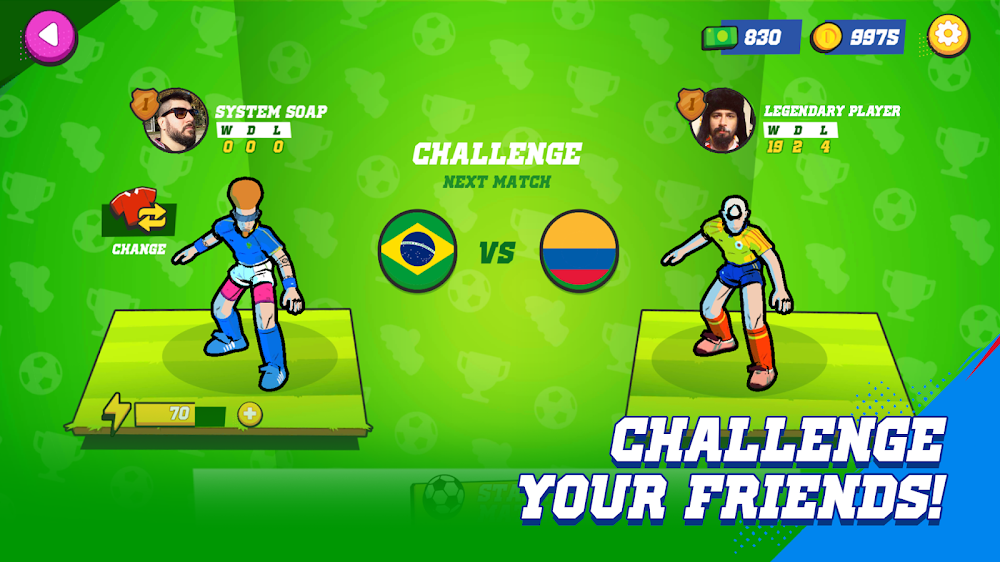 The camera view is quite zoomed out, which delivers a good overview of the game, although long passes rarely work well, and there’s a lot of dribbling (and tackling) going on instead. This is excellent retro-inspired fun, but the camera perspective doesn’t help the game when you’re playing on the Switch in handheld or tabletop mode. Handheld’s mostly fine because you’re close enough to see, but in tabletop, the action becomes hard to follow and control on account of the players feeling too small for comfort. 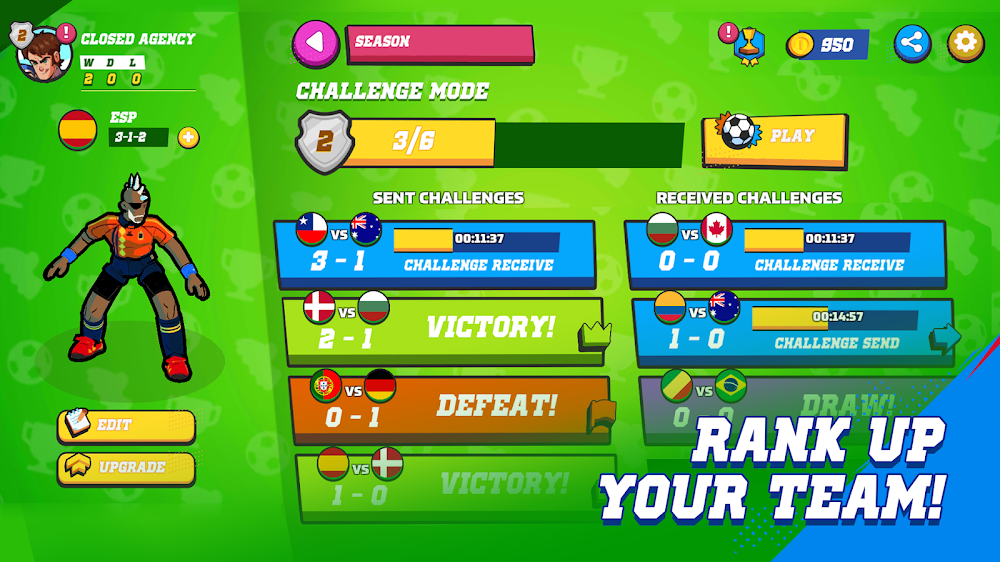 The core gameplay, especially in front of a large screen with some friends, is tremendous fun, though. It’s the kind of football game you can get into without a lot of practice, and it’s been a while since we had one of those ‘pick up and play’ kind of experiences where the difference between seasoned players and newcomers isn’t gigantic. 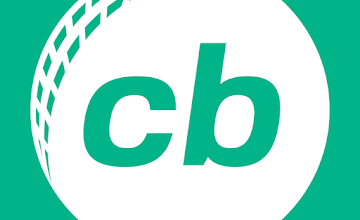 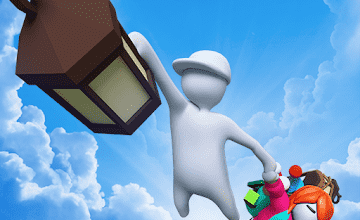 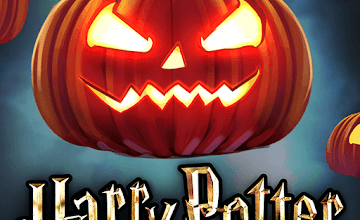 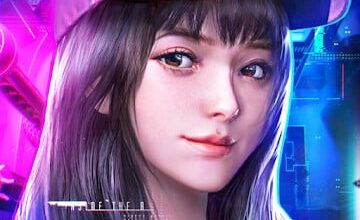